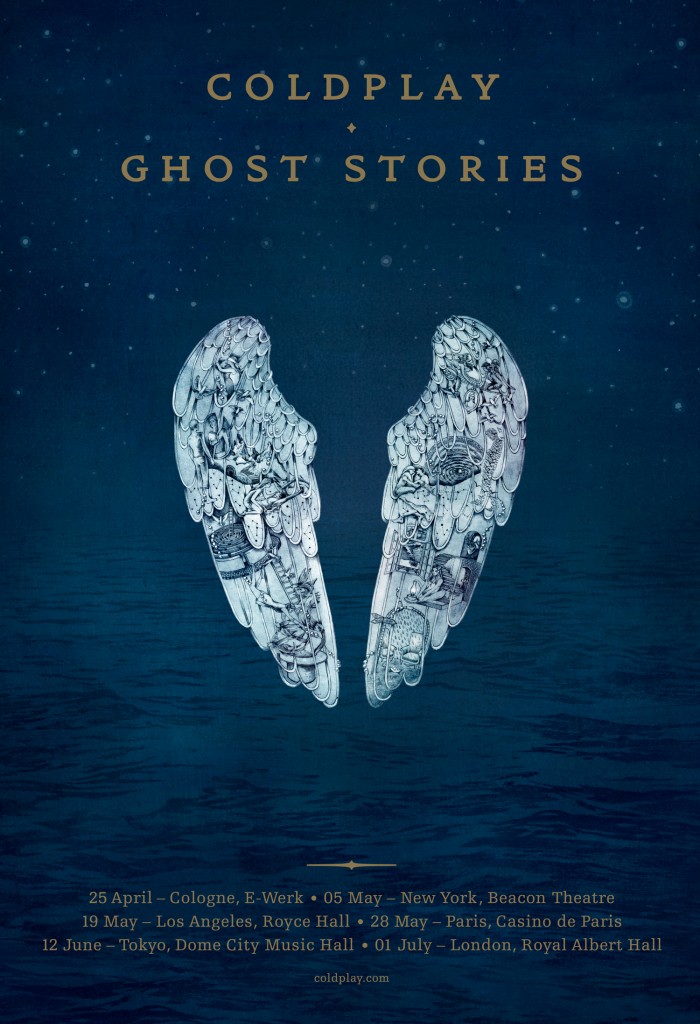 SIX INTERNATIONAL DATES TO MARK ALBUM RELEASE
Coldplay have announced that they will mark the release of their new album, Ghost Stories, by playing six intimate shows in six cities around the world. The dates are as follows:25 April – E-Werk, Cologne, Germany

Tickets for the Cologne show will go on sale at 9am CET on Saturday, 19 April from www.eventim.de/coldplay.

Ticket information for the remaining five shows will be emailed exclusively to subscribers to the Coldplay mailing list (which can be joined at Coldplay.com).

Ghost Stories is Coldplay’s sixth album. It will be released worldwide on Monday, 19 May.