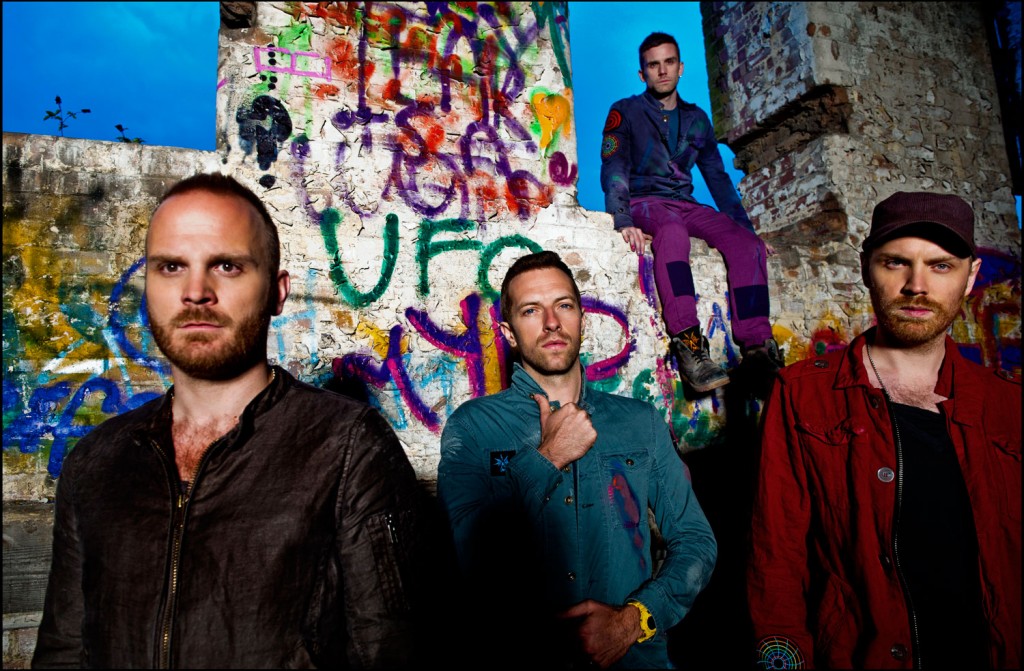 Coldplay LIVE 2012 COMES TO CINEMAS AROUND THE WORLD

Tickets on sale now via www.coldplay.com/cinema

London 29 October 2012 – Coldplay Live 2012 – the band’s first concert film/live album for nine years, is to get a special one-night-only release in cinemas around the world.  More than 50 countries will screen the full feature length film on the night of November 13th.   Confirmed listings and links to book tickets can be found at http://www.coldplay.com/cinema

The JA Digital production for EMI/Parlophone, is directed by Paul Dugdale, previously responsible for Adele’s Live at the Royal Albert Hall and The Prodigy’s World’s On Fire concert films. The film documents Coldplay’s acclaimed Mylo Xyloto world tour, which has been seen by more than three million people since it began in June 2011. Live 2012 includes footage from Coldplay’s shows at Paris’s Stade de France, Montreal’s Bell Centre and last year’s triumphant Pyramid Stage headline performance at Glastonbury Festival. The trailer for the film can be seen at:

Coldplay’s Chris Martin said of the film:  “The Mylo Xyloto tour has been the most fun we’ve ever had as a band. It’s felt very uplifting right from the start; partly because we are proud of the music, the LED wristbands, the pyrotechnics, the lasers and all of that stuff, but mainly because of the amazing audiences that we’ve been playing for. Over the years, our crowd has become more and more a part of the concert itself. They’re loud, diverse, full of soul, and make the songs sound much better than we can on our own. We wanted to try to bottle the incredible feeling that they give us, and hence our concert film.”

Director Paul Dugdale added: “Seeing this film on the big screen highlights the epic scale of the concerts, and I’m thrilled that fans can experience Coldplay Live 2012 in fantastic visual quality with incredible sound, in cinemas full of fans. With insight from the band and a glimpse of what life on the road with Coldplay is like, this is a unique opportunity to witness Coldplay in all its cinematic glory on the big screen”

Stefan Demetriou, VP Visual Content Strategy & Acquisition at EMI Music, said “We’re delighted that we can bring the full-length version of Coldplay Live 2012 to selected cinemas around the world. The Mylo Xyloto tour is such a visual spectacle that seeing and hearing it on the big screen, and being part of this one-night-only experience along with the most passionate Coldplay fans around the world, is the next best thing to being there. “