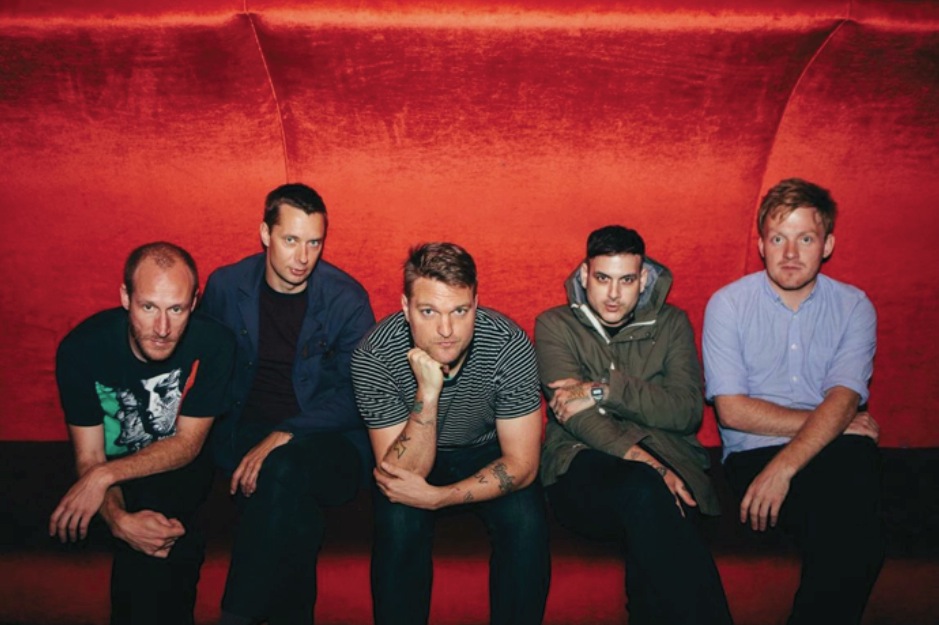 With just over a week until the long-awaited UK release of their new album ‘Hold My Home’ on March 9th via Downtown/Sony RED, Cold War Kids have shared a new video for their track ‘Hot Coals’.

The band commented on the video saying “Our good buddy Vern Moen shot this video at a home show at The Regent Theater in L.A. and captured the colours and mood of the song.”

Watch the video for ‘Hot Coals’:

‘Hold My Home’ is the band’s fifth studio record and also features previous single “All This Could Be Yours,” which NME declared “a nagging, sneering swipe at a coward, all bluesy piano, ringing guitar and bovver-boy beats” as well “First,” which ShortList named as “a bold, strident anthem which bodes incredibly well for the rest of the record.”

Cold War Kids is Nathan Willett, Matt Maust, Dann Gallucci, Joe Plummer and Matthew Schwartz. Formed in 2004, the band’s breakthrough debut Robbers & Cowards was released to considerable acclaim in 2006. The darker Loyalty To Loyalty followed two years later, while 2011’s Mine Is Yours introduced deeper anthemic qualities to the eclectic group’s catalogue. 2013’s Dear Miss Lonelyhearts, featuring the hit single “Miracle Mile,” was a return to their raw live sound. Cold War Kids have sold over 500,000 albums, over 1 million singles and have more than 50 million streams to date.

All This Could be Yours on Soundcloud

All This Could Be Yours official video