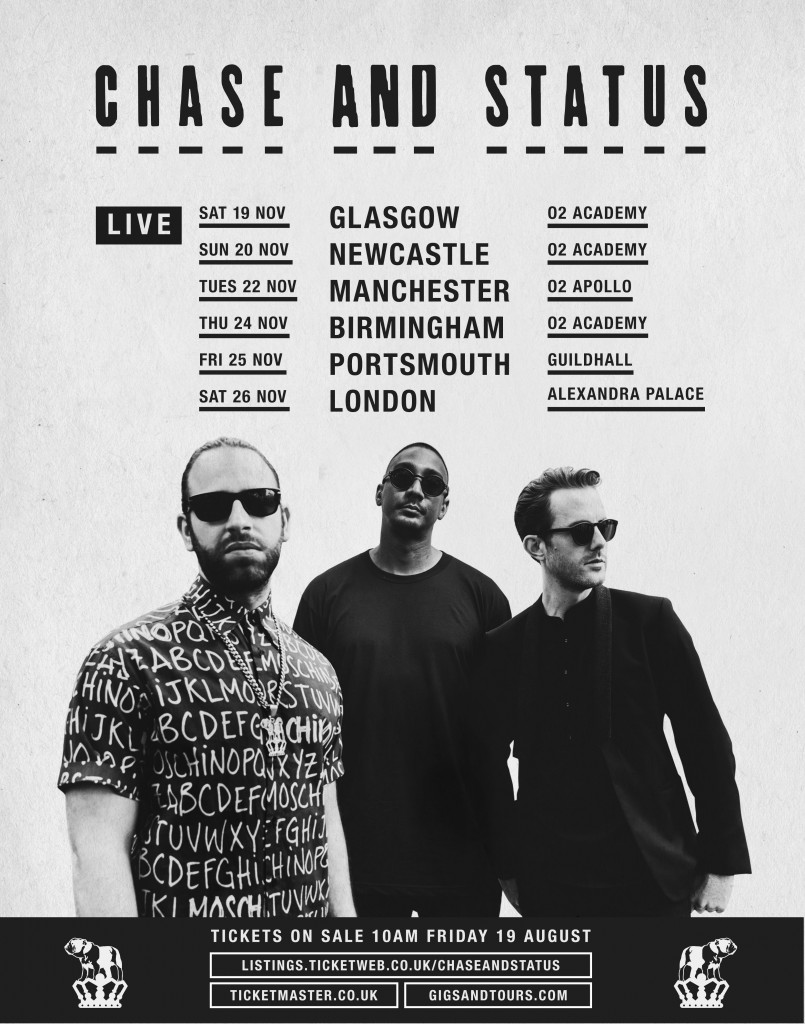 “Nobody does it better than these boys” – MTV

Following their incredible sold-out headline performance at Wireless Festival this summer, Chase & Status have announced their 2016 UK tour. The shows will take place throughout November, opening in Glasgow at the O2 Academy and culminating at the prestigious London venue Alexandra Palace.

Tickets will be on sale at 10am, Friday 19th August via: www.ticketmaster.co.uk and www.gigsandtours.com. Pre-order tickets will be available from 10am, Wednesday 17th August at http://listings.ticketweb.co.uk/chaseandstatus. For full tour details, see below.

Chase & Status’ acclaimed live show is phenomenal and unrivalled. They have toured and performed at arenas and festivals across the globe, including headlining festival stages at Glastonbury, Reading & Leeds and Global Gathering. Their recent headline appearance at Wireless Festival 2016 is available to watch in full here: https://www.facebook.com/chaseandstatus/videos/10153559265955974/

Described by Spin Magazine as “Nothing short of megastars”, Chase & Status are one of the most successful British bands of the past decade. ‘No More Idols’ – the follow-up to their ground-breaking critically acclaimed debut album, ‘More Than Alot’ – was the second best-selling UK album by a British band in the year of its release, spawned seven A list Radio 1 hit singles, and achieved double platinum status. Their third studio album, ‘Brand New Machine’ debuted at no. 2 in the album charts, and brought their career record sales tally to over 3.5 million.