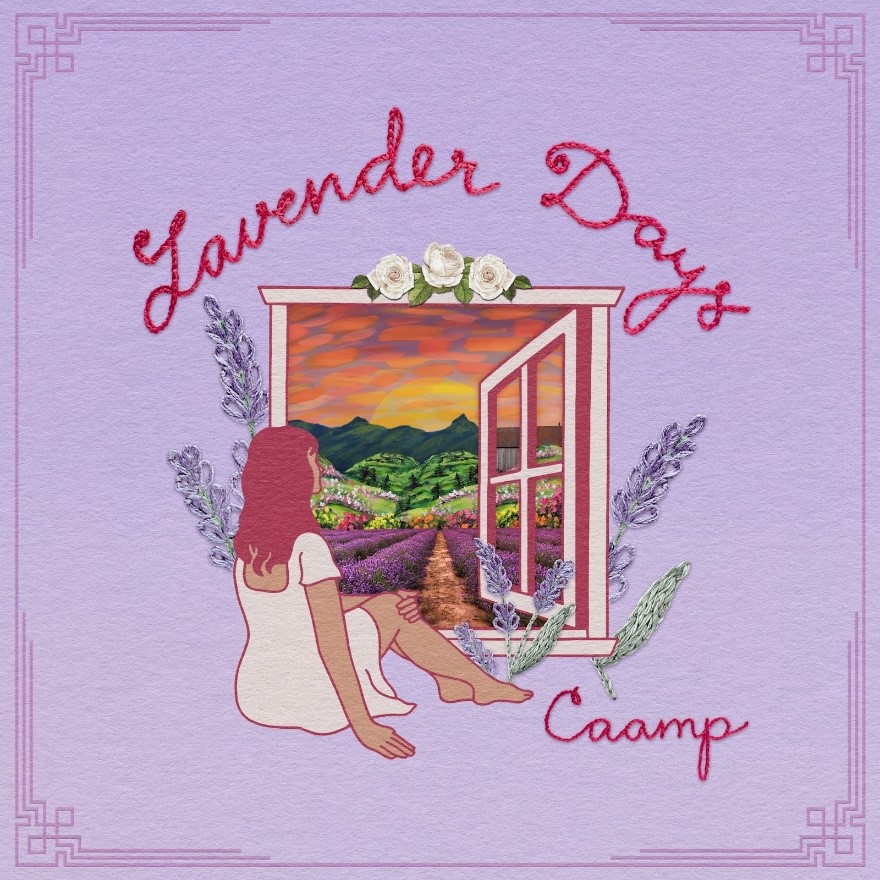 Showcasing lead singer Taylor Meier’s resonant vocals against the band’s signature harmonies, “Believe” is a rousing declaration of devotion. “‘I believe in you baby’ – a mantra for yourself and for the world,” says Meier. “It’s about sticking through the tough and heading for the sun.”

Informed by the loss and isolation experienced by Meier during the pandemic, ‘Lavender Days’ communicates the small pleasures and forgotten disappointments of life back in the band’s mid-western home town of Columbus, Ohio.

Speaking about the album’s title Meier says: “It’s nostalgic. It can remind you of your grandmother’s perfume or maybe the air freshener in your mom’s car. It can summon up all of these incredible memories and transport you to those in-between days, which I think everybody remembers with more clarity than the big events.”

‘Lavender Days’ was produced by Caamp and Beatriz Artola (Fleet Foxes, Adele, Sharon Van Etten) with additional production by Brad Cook (Snail Mail, Waxahatchee, Indigo De Souza). Initial recording took place at Sylvan Esso’s studio near Durham, NC beginning in February of 2021, where together Caamp and Cook workshopped the songs and began principal tracking, bringing in friends Nathaniel Rateliff and Waxahatchee’s Katie Crutchfield to contribute vocals. As is the band’s tradition, the album was then completed in their home studio in Columbus, Ohio – just them and their instruments, in their hometown.

Caamp are touring throughout the year, beginning with a North American tour supporting The Lumineers throughout May and June. Highlights include two nights at Forest Hills Stadium in New York on June 17th and 18th and a final bow later in the year at Wrigley Field in Chicago on September 3rd. Please find full tour dates here.

‘Lavender Days’ is available for pre-order here today including an exclusive clear vinyl via the band’s website: www.caamptheband.com. The band will announce headlining tour dates, festivals and more in the coming weeks. 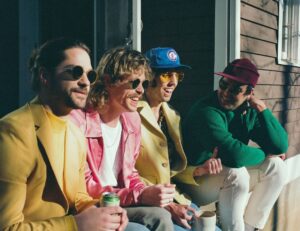 Originally from Columbus, Ohio, friends Taylor Meier and Evan Westfall founded Caamp at Ohio University in Athens, before being joined by Matt Vinson on bass and Joseph Kavalec on keyboards. Caamp have released three previous albums to date – their self-titled 2016 debut, 2018’s ‘Boys’ and 2019’s ‘By and B (Mom + Pop). Most recently, they released their EP, ‘Live From Newport Music Hall’, and singles “Fall, Fall, Fall” and “Officer of Love” in 2020. The band has amassed over 590 million streams globally and achieved multiple #1’s at AAA radio. They have headlined sold out shows and performed at major festivals around the world including Firefly, Shaky Knees, Forecastle, Outside Lands, Austin City Limits, Great Escape and many more. Caamp has appeared on Jimmy Kimmel Live!, CBS This Morning Saturday and The Late Show with Stephen Colbert.