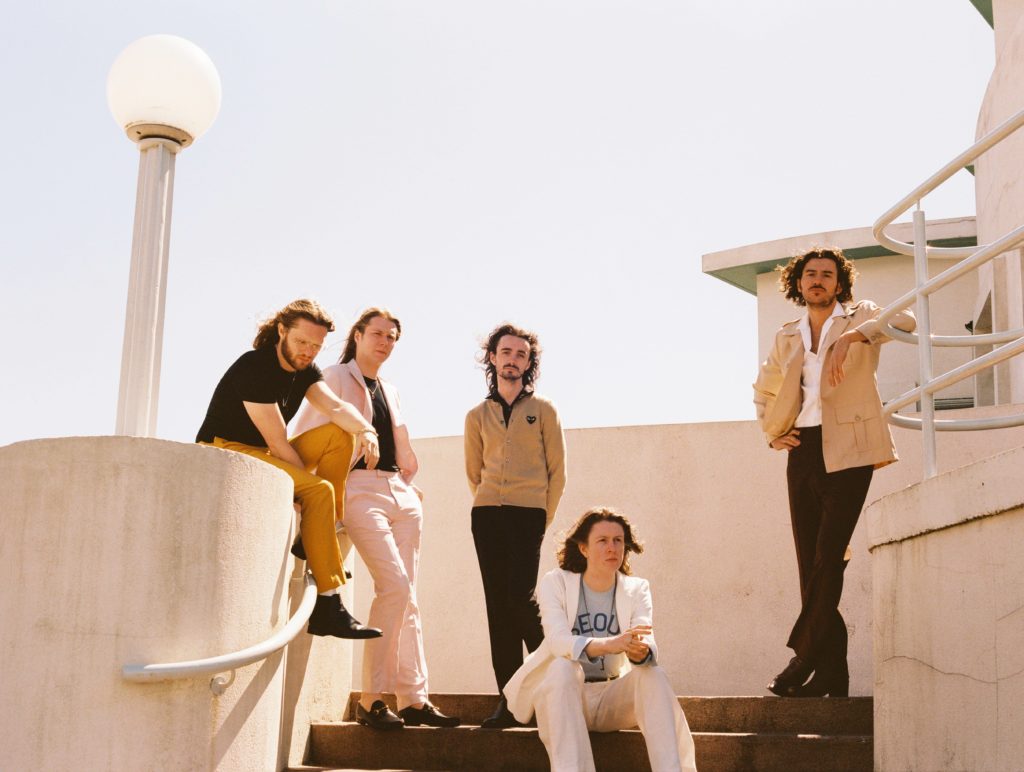 WATCH THE VIDEO FOR ‘YOUR GIRLFRIEND’ HERE

Blossoms have today revealed their new single Your Girlfriend and its accompanying B-side Torn Up. Produced by James Skelly, Rich Turvey and the band at Parr Street Studios in Liverpool, the single comes ahead of the band’s biggest headline show to date at Stockport County’s Edgeley Park Stadium this Saturday, 22 June.

The video for Your Girlfriend was directed by James Slater, who has previously directed videos for Kaiser Chiefs and Jamie T. Your Girlfriend is the second new track released by Blossoms this year, following I’ve Seen The Future, released in April for Record Store Day.

Speaking about the new single, the band’s Tom Ogden said:

‘I think I saw it on the telly or maybe heard it on another song. Someone was saying they’re in love with their friend’s girlfriend and I thought ooh that’s a good, strange take on a love song. A different angle to go at and it’s obviously not about me, just to be clear! I was listening to a lot of Talking Heads at the time, and I think that shines through in the way the song grooves. These are some of my favourite lyrics I’ve ever written, there’s a lot of humour in there.’

Blossoms launched their ‘Blossoms Pubcast’ this year. The podcast, which has topped the iTunes podcast charts, is based at The Blossoms in Stockport – the pub that gave the band their name.

Blossoms are playing an extended run of festival shows this summer, including Reading & Leeds, Community Festival, and Benicàssim. The band are also playing festival warm up shows in Cardiff and Leicester in June and Lincoln and Stoke-on-Trent in August.