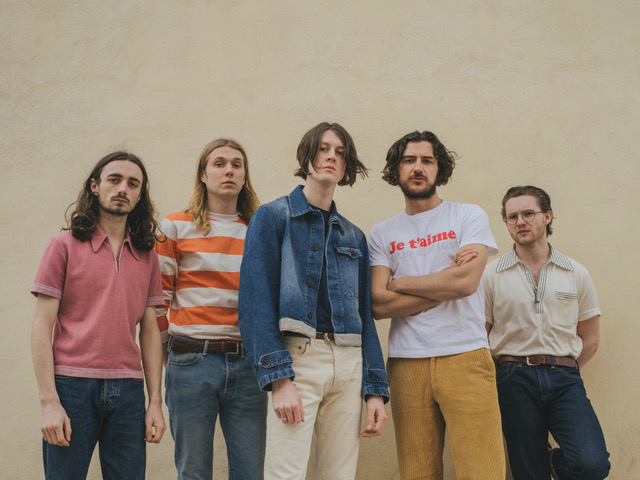 BLOSSOMS ANNOUNCE NEW ALBUM ‘COOL LIKE YOU’ OUT 27TH APRIL

BLOSSOMS TO TOUR THE UK IN MAY Blossoms are delighted to announce the details of their second album ‘Cool Like You’. Released through Virgin EMI on the 27th April, ‘Cool Like You’ is the follow up to the band’s number 1, Mercury Prize nominated debut ‘Blossoms’.

The band have also shared the first new music from the album, the infectious, synth led ‘I Can’t Stand It’, a song inspired in part by Michel Gondry’s Eternal Sunshine of the Spotless Mind. The band’s frontman Tom Ogden explains:

“It’s a song about desperately wanting to forget about someone, but you can’t because they’re a part of you – and how that can be unbearable. Spotless Mind is about wanting to erase someone from your thoughts – to forget they even existed – and that feeds into the lyrics. It’s a very literal song in many ways.”

That emotional honesty is one of the defining themes of ‘Cool Like You’ and a symbol for the lyrical progression in Ogden’s songwriting.

“I used to hide behind grand metaphors a bit, as with Charlemagne, which was about worshipping someone. But now I feel more comfortable being really personal and literal. I think people relate to it.”

A definite sonic development from their previous LP, ‘Cool Like You’ sees Blossoms embrace the more electronic, synth led aspects of their widescreen sound. The album’s opening track, ‘There’s A Reason Why’ shimmers and pulses, while title track ‘Cool Like You’ and ‘How Long Will This Last?’ both tap into the unabashed sensitivity at the heart of the record.

Since forming in 2013, Blossoms have enjoyed consistent success. Their 2016 debut full length topped the album charts and went on to earn the band Brit Award and Mercury Prize nominations, to add to a series of magazine covers and poll nominations.

The band will be undertaking a UK tour in May in support of the record, including a hometown show on the 4th May at Stockport Plaza. Full dates are listed below.

Fans who pre-order the album from the band’s store before Tuesday 6th March 6pm will get first access to tickets for the tour pre–sale which takes place Wednesday 7th. The headline dates then go on sale on Friday 9th March. No purchase necessary.

CD and vinyl formats of the album with exclusive extra content, including an acoustic version of the album and DVD of the triumphant ‘Live at Castlefield Bowl’ show will also be available HERE.

1 – There’s A Reason Why (I Never Returned Your Calls)