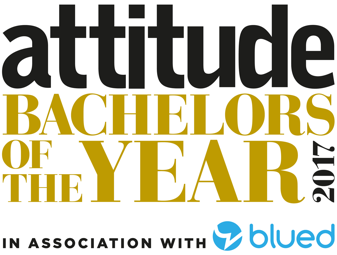 ‘100 MOST ELIGIBLE’ TO BE ANNOUNCED

AT STAR-STUDDED EVENT AT LONDON’S

Attitude – one of the word’s biggest gay lifestyle media brands – today formally announces the upcoming Attitude Bachelors of the Year 2017, in association with Blued, the world’s largest gay social app.

The 100 most eligible bachelors and the unveiling of Attitude’s Bachelor of the Year will be revealed at an exclusive, invitation-only ceremony at the glamorous Café de Paris, London, on the evening of Thursday 27th April.

A star-studded night will celebrate figures from the worlds of stage and screen, music, business, fashion, sport, politics and more, alongside an exclusive performance from the ‘world famous genderfuck party’ Sink the Pink, DJ sets from the fabulous Jodie Harsh and Heat Radio’s James Barr, plus a headline performance from a very special guest to be announced shortly.

A bumper issue of Attitude, featuring every one of the 100 Bachelors of the Year, will be on sale the following morning, Friday 28th April.

Darren Styles, Publisher and Managing Director of Attitude magazine, says: “We are delighted to announce our first Attitude Bachelors of the Year, in association with Blued. It will be a spectacular event and makes for a hugely entertaining (and hot) edition of Attitude, as will become evident. This combination of sassy and stylish is what we do best.

“It’s also fun, having just marked the third anniversary of the legalisation of gay marriage in the UK, to be celebrating a host of gentlemen who could yet prove to be perfect husband material. What starts as one night only could last a lifetime! It’s going to be a great night, with some star guests flying in to join us, and we thank Blued for their support in making it all happen.”

Blued, with 27 million users and counting, is the largest gay social network app in the world. Free to download on iOS and Android, it marries verified profiles, live broadcasts and a timeline with group conversations. Launched in China in 2012, a new London office is now spearheading a push into the UK and Europe.

Eli Grimson, International Communications Manager Blued, says: “We are so pleased to partner with Attitude on this sparkling special edition of the magazine, and to support the party that celebrates it. We say that Blued is a social life in one simple app, and our multi-platform media partnership with Attitude will give us every opportunity to demonstrate as much over the course of the coming year. This is an exciting headline project at an exciting time.”

Launched in 1994, Attitude magazine is Europe’s best-selling gay magazine and one of the world’s biggest gay lifestyle media brands – in print and digital formats, online, as a podcast, on social media and through live events, including the annual Attitude Awards (now in their sixth year). Published 13 times a year – every four weeks – by the independent, boutique publisher Stream Publishing, Attitude has garnered countless awards and world exclusives, the only gay press shoot and interview with His Royal Highness Prince William among them.