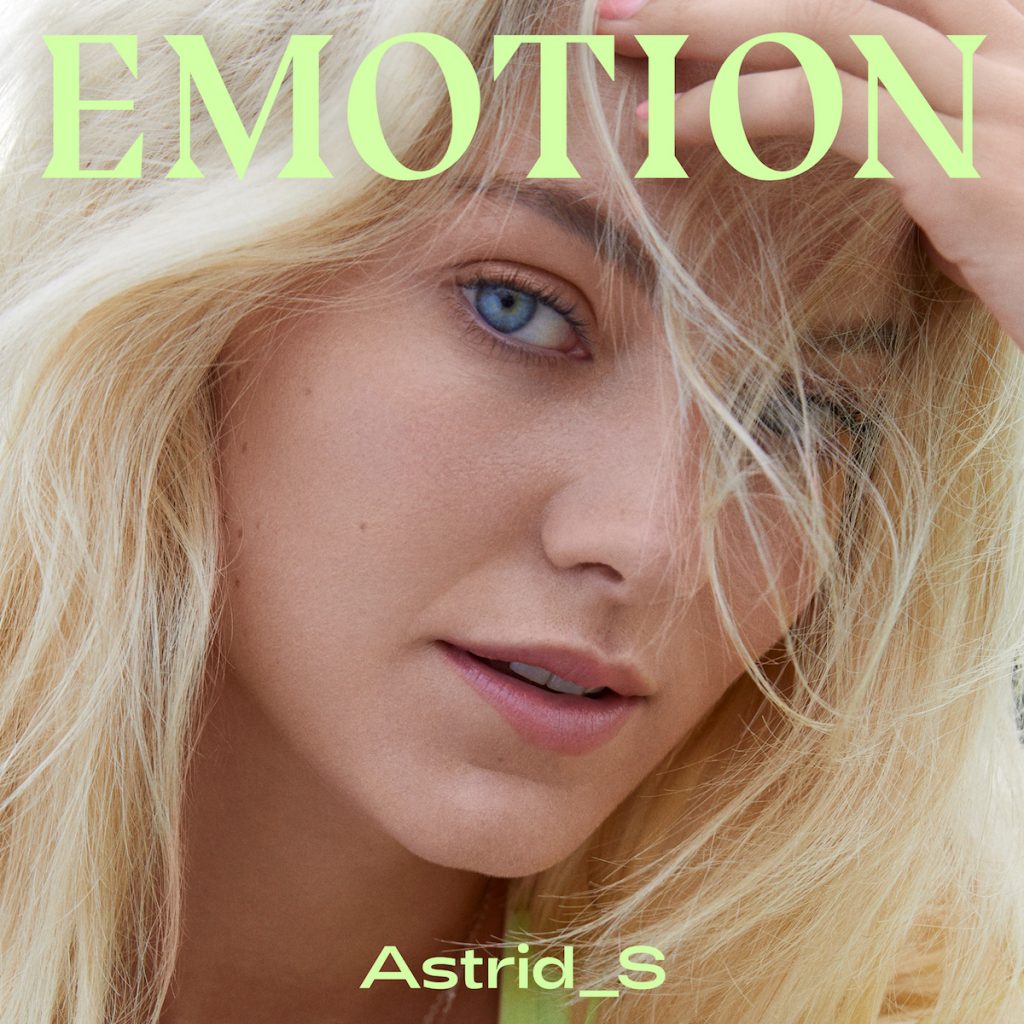 “Did you forget, that I’ve got a thing called emotion? You live and you let, ‘til you start to bleed” – Lyrics for ‘Emotion’

The track features a stadium-sized and dramatic piano-led production, with vast drums and an anthemic vocal – an altogether grander sound than has been heard in Astrid’s singles to date. The lyrics see Astrid resilient, her stark honesty giving an insight into the pain caused by lies in a relationship.

Of the track, Astrid says:

‘It’s about that sort of relationship a lot of people go through. It was written at breaking point. Music can be like therapy when it works like that. I had this idea that I wanted to make something modern and hopefully stands the test of time’.

Born in the tiny Norwegian hamlet of Berkåk in the heart of Norway, Astrid S has become a bona fide national treasure in her home country, with an ever-broadening global fan base – her music totalled over 1 billion streams to date. She released her debut, self-titled EP in 2016 which included the breakthrough, 5x Platinum-certified single ‘Hurts So Good’ – the official video for which is currently at 16 million views and counting. She followed up with sophomore EP ‘Party’s Over’ last year, with its singles ‘Breathe’, and ‘Such A Boy’ – Astrid’s knowing response to traditional gender roles. She capped off the year with ‘Think Before I Talk’ – her first number 1 single in her home country of Norway.

This summer Astrid invited her fans to participate in a special one-off collaboration, asking them to help create a song for her which features their lyrics. She received over 5,000 submissions of words, pictures and quotes and in just one day in the studio used them to pen ‘Relevant’.

Astrid has collaborated with artists such as Blonde, Matoma and Shawn Mendes, which led to her first MTV EMA Award for Best Norwegian Act. Shortly thereafter she received her first Norwegian Grammy Award for ‘Newcomer of the Year’ in 2016, and then went on to receive the Spelleman ‘Artist of the year 2017’ Grammy only a year later. In 2016 she opened for Troye Sivan in Europe and North America before heading out on her first European headline tour, which sold out in a matter of hours. Her largest tour to date, the Party’s Over World Tour, was a sell-out which took her to Europe, Australia, New Zealand and North America.

Critical acclaim for the 21-year old Norwegian artist has also been widespread. NME dubbed her “the latest line in outstanding pop newcomers to emerge out of Scandinavia in the last few years”  and Sunday Times Culture remarked that her single ‘Bloodstream’ was “A primer for how to do something strange and ensnaring with the base metals of electro-pop.”  Of her 2017 track ‘Such A Boy’, The Fader commented that “Astrid S’s plain-spoken confidence is at the core of her inventive, wobbly synth pop”.

‘Emotion’ by Astrid S is out now, with more anticipated music from the pop star set to follow in the near future.