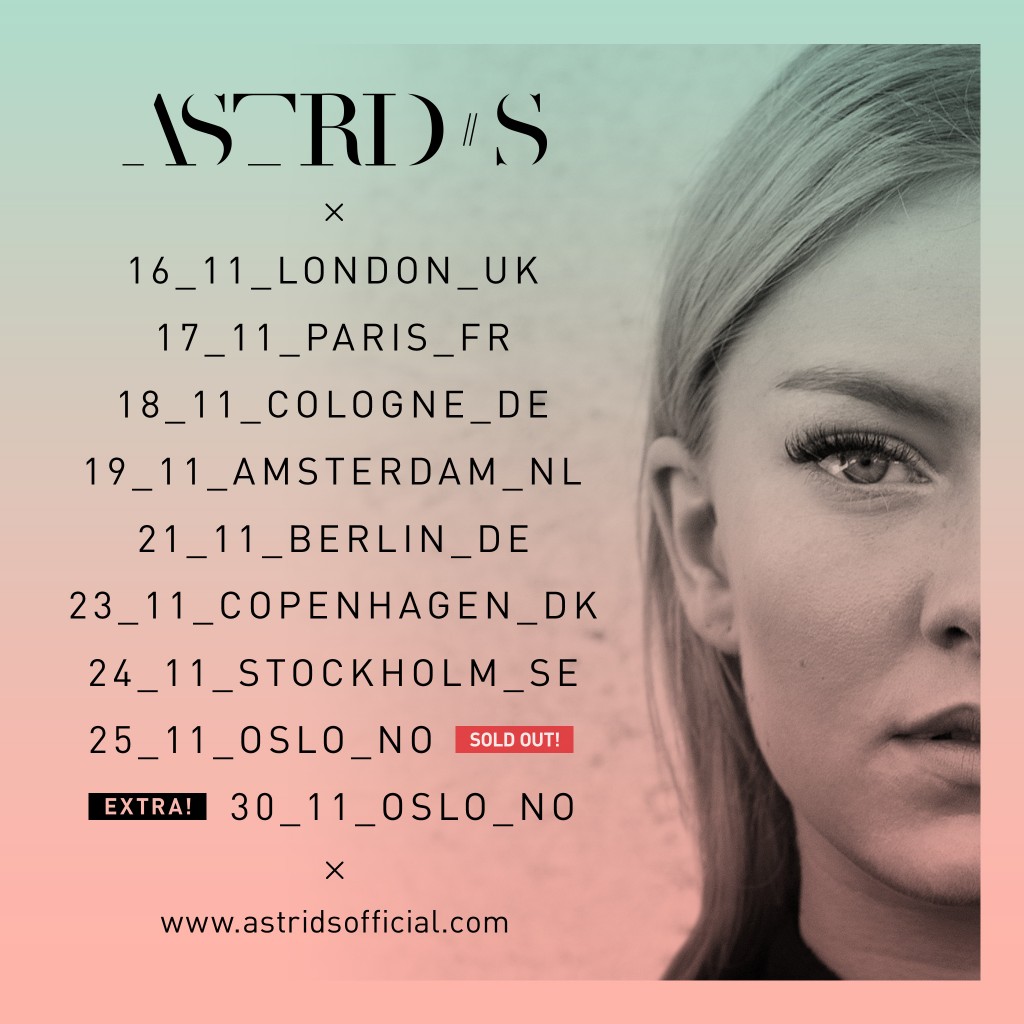 “Waiting in the wings of global stardom” – The Guardian

Norwegian pop starlet Astrid S has today announced she will embark on a headline tour of Europe and the UK this year, beginning with a show at London’s Camden Assembly on November 16 and ending with two homecoming shows in Oslo, Norway – the first of which is already sold out.

Astrid S’s European dates will follow her tour of the USA with Troye Sivan throughout October. This will be the first time Astrid has performed in the UK since her debut show this summer at London’s The Social – tickets for which sold out within minutes of going on sale.

2016 Spotify Spotlight artist Astrid S released her debut, self-titled EP this year, and has clocked over 240 million streams of her music to date. Lead single ‘Hurts So Good’ was recently awarded platinum status in Norway and total streams of the track are at over 56 million streams so far.

Still at only 19 years of age, Astrid S has already won the MTV EMA for ‘Best Norwegian Act’, featured on Avicii’s ‘Waiting For Love’ remix EP and worked with acclaimed artists and producers such as Shawn Mendes, Matoma and Lido.

Tickets go on sale Friday September 2nd at 10am via astridsofficial.com – For full tour schedule, see below.