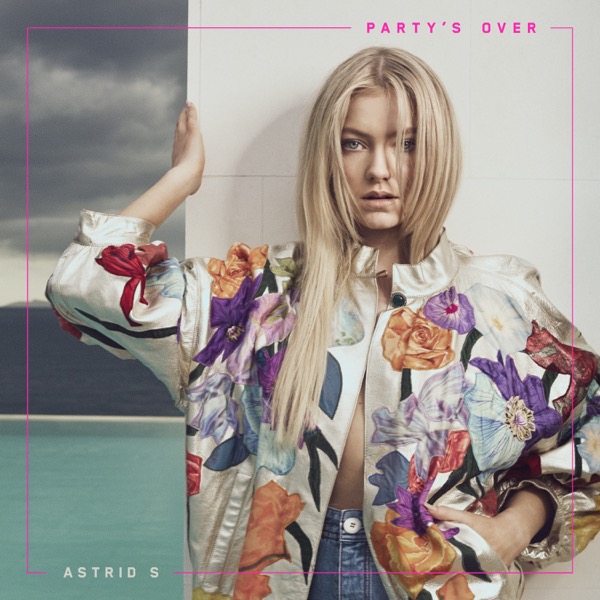 TITLE TRACK ‘PARTY’S OVER’ IS OUT NOW

Today, Norwegian pop star Astrid S announces her brand-new EP ‘Party’s Over’ to be released on 30th June via Virgin EMI Records. The title track from the EP is available to stream and download now.

‘Breathe’, the first single to be released from Astrid S’ ‘Party’s Over’ EP was ‘Tune Of The Week’ on BBC Radio 1’s Scott Mills show. The track was produced by Oscar Holter from production team Wolf Cousins (Tove Lo, Demi Lovato, Ellie Goulding) and has recently hit over 24 million streams on Spotify alone, while the music video has is fast approaching 1 million views on YouTube.

‘Party’s Over’ is Astrid’s second EP, following her debut EP released last year that has amassed over 150 million streams worldwide. ‘Astrid S EP’ gained her international praise from the likes of The Guardian, who described her as ‘waiting in the wings of global stardom’, and Maximum Pop! calling her ‘the pop star everybody’s going crazy for’. Last year Astrid also won the Spellemannprisen Award (Norwegian Grammy Awards) for ‘Breakthrough Artist of the Year’, the ‘Best Norwegian Act’ award at the MTV European Music Awards and was chosen by Popjustice as one of the acts most likely to save pop music in 2017!

Astrid S will be performing a highly-anticipated headline, sold-out show at London’s Scala on May 23rd, after a string of sold-out shows in New York City and Los Angeles.