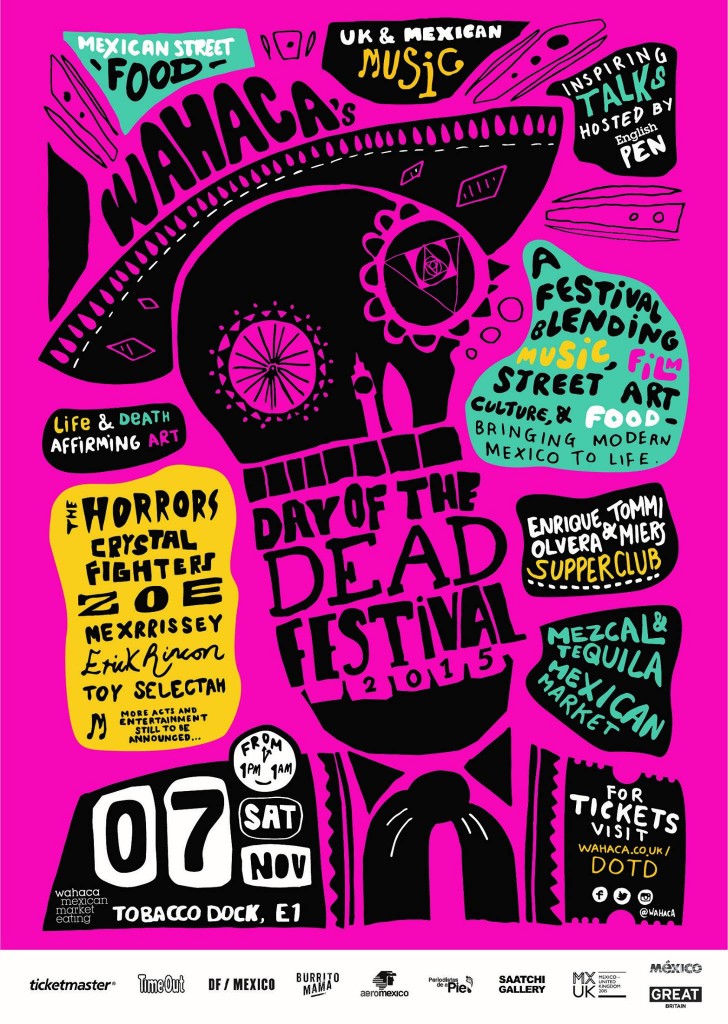 WAHACA'S DAY OF THE DEAD FESTIVAL

WAHACA’S DAY OF THE DEAD FESTIVAL IS A 12 HOUR PARTY TO CELEBRATE THE DEAD AND THE LIVING – ‘DIA DE MUERTOS’ IS COMING TO TOBACCO DOCK, LONDON

This November, Wahaca will host the mother of all fiestas as they bring the annual Mexican holiday Dia de Muertos (Day of the Dead) to East London’s iconic Tobacco Docks.

Heading up the multi-sensory celebration of mortality will be post-punk four piece SAVAGES and synth-rockers THE HORRORS alongside CRYSTAL FIGHTERS, ZOE, cult Mexican Morrissey tribute band MEXRRISSEY and many more. As the sun sets, UK and Mexican DJs including Mad Decent’s TOY SELECTAH and ERICK RINCON of “3ball Mty” (Tribal Monterrey) will go head to head alongside PSYCHEMAGICK to bring the unique hedonism of Mextronica to East London.

Wahaca’s Day of the Dead Festival will also host a variety of visual culture and experiential art for all to enjoy. Celebrating mortality in all it’s guises will be the combined works of DEATH – A CELEBRATION OF MORTALITY from the SAATCHI GALLERY, plus work from renowned Mexican artist Betsabee Romero, and others as well as street art from Oaxaca-based collective La Piztola.