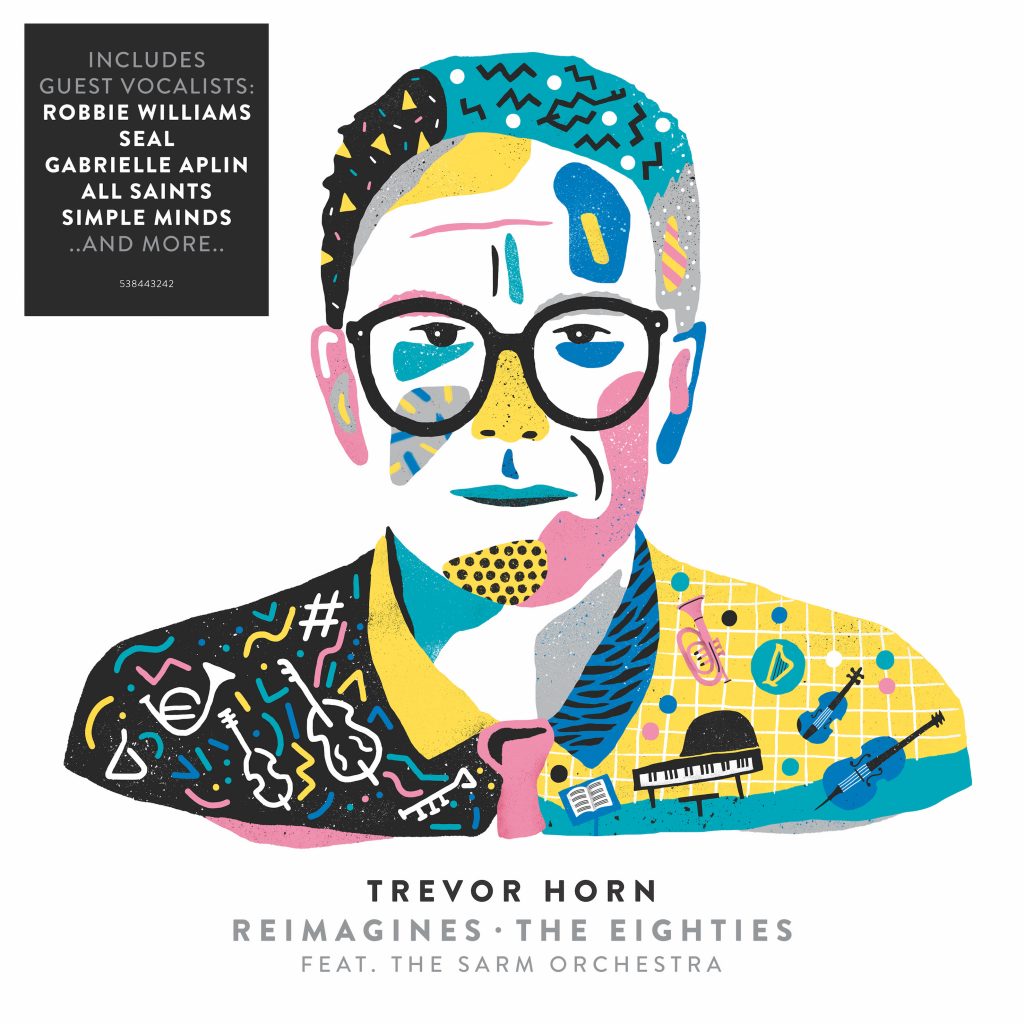 Trevor Horn has today announced his new album Trevor Horn Reimagines The 80s. Set for release on January 25 on BMG, the album sees Horn and a cast of legends, including Robbie Williams, Seal, All Saints and Jim Kerr do versions of classics from the 80s, such as Everybody Wants To Rule The World, Ashes To Ashes, Girls On Film and Brothers In Arms.

The album’s opening track and first single Everybody Wants To Rule The World is released today and sees Robbie Williams deliver a fantastic version of the Tears For Fears’ 1985 classic, a track that won the Brit Award for Best British Single in 1986. Other standouts from the record include Seal’s take on Ashes To Ashes, Jim Kerr doing Brothers In Arms, Gabrielle Aplin on Dancing In The Dark, as well as a fantastic Take On Me, which sees Trevor assume lead vocal duties.

Speaking about working on the album Trevor said:

‘The best thing about making this album was all the fun and laughter that came from hanging out with musicians and artists that I haven’t seen for years’.

The record was made at a number of locations, including Trevor’s Sarm Music Village and Sarm Steeles Road studios, Angel Recording Studios and Air Edel in London, as well as Sarm West Coast in Bel Air.

Trevor and a series of very special guests will be performing songs from the album, as well as classics from his unrivalled back catalogue at London’s Southbank centre on the 2nd November.

Trevor Horn gained international acclaim following his 1979 hit single Video Killed The Radio Star, written with his band The Buggles. The track was a worldwide success, reaching number 1 in the singles charts in sixteen different countries. Horn was briefly the lead vocalist in progressive rock band Yes before he decided to focus his attentions on production work.

He has since worked with the likes of Frankie Goes To Hollywood, Pet Shop Boys, Seal and Robbie Williams among many others over a career which has seen him win three Brit Awards, a Grammy and an Ivor Novello award. He was appointed Commander of the Order of the British Empire (CBE) in 2011 for his services to the music industry.

Everybody Wants To Rule The World  – ft. Robbie Williams

Girls On Film –  ft. All Saints

Slave To The Rhythm – ft. Rumer

What’s Love Got To Do With It –  ft. Tony Hadley

Owner Of A Lonely Heart