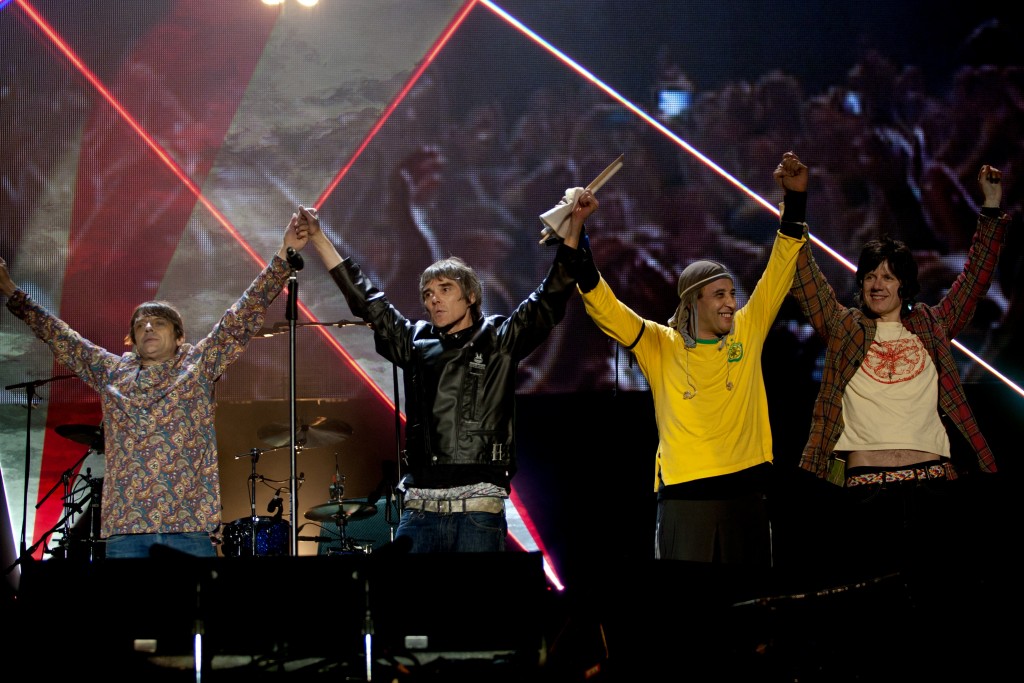 The Stone Roses are reunited.

The Manchester band, whose eponymous 1989 debut album is widely considered to be one of the greatest albums of all time, toured the world in 2012-2013, including a victorious run of three concerts at Manchester’s Heaton Park in June 2012.

The band achieved massive commercial and critical success with only two albums. Their music truly defined an era in British popular culture and provided the inspiration for a whole generation of bands to take on the charts.

The Stone Roses RELEASE A BRAND NEW TRACK ‘ALL FOR ONE’ – AVAILABLE TO DOWNLOAD NOW, 8PM, THURSDAY, MAY 12.

The Stone Roses WILL RELEASE A NEW SINGLE TONIGHT AT 8PM