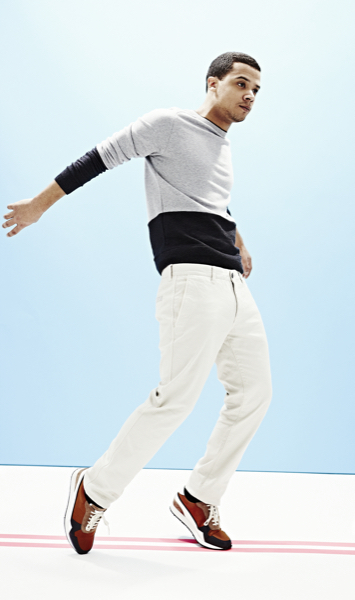 It’s a bold artist who opens their first album with the line “I’m gonna live forever“, and that’s exactly how Raleigh Ritchie chooses to announce his arrival on You’re A Man Now, Boy.

But the 25-year-old is far from your typical cocky pop star. And the initial bravado that explores the follies and excesses of youth eventually gives way to a more settled, mature individual. In short, it’s about growing up. That’s not to say Ritchie is totally there yet.

The release of ‘You’re A Man Now, Boy’ comes following a year of successes for Raleigh Ritchie – real name Jacob Anderson. 2015 saw him perform on stage with Run DMC followed by supporting George Ezra on his UK tour. He has also previously supported Kendrick Lamar. Ritchie performed on the main stage at Wireless Festival as well Leeds/Reading and Glastonbury, before embarking on his own sold out UK tour.