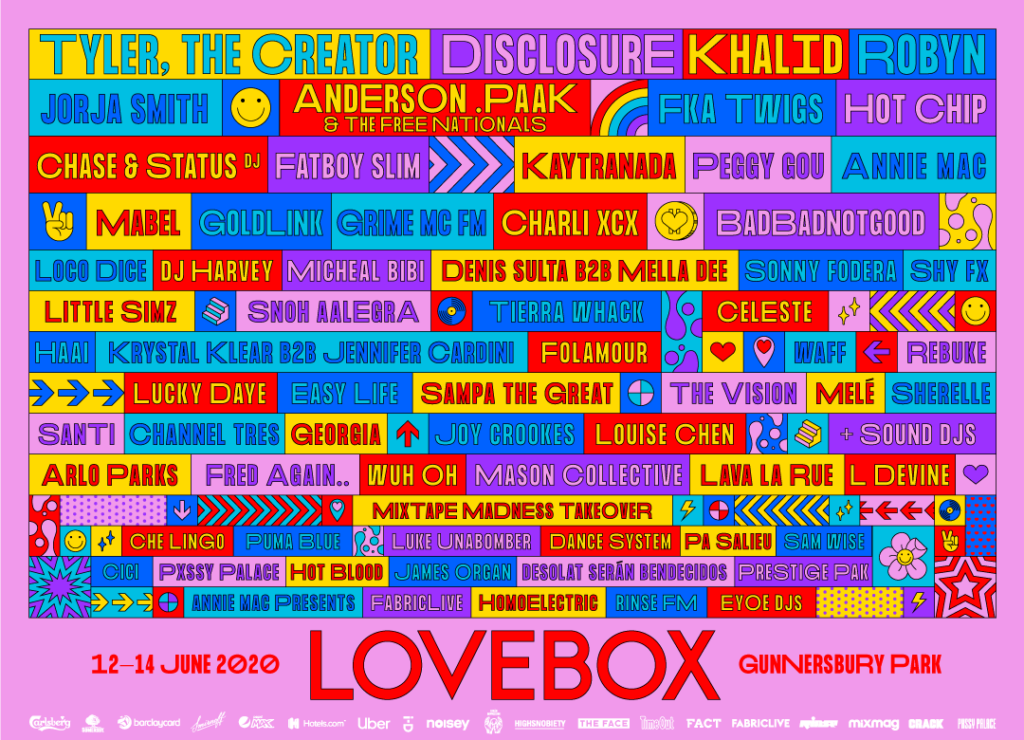 Lovebox Festival is a 3-day music event which takes place in June at London’s Gunnersbury Park. It brings in thousands of festival-goers each year to see artists from the worlds of house, techno, pop, hip-hop, R&B and grime.

Founded in 2002 as an East London club night, Lovebox has since grown from an underground cultural movement to one of the UK’s biggest and most exciting music events of the year. The past 18 years have seen Lovebox cement its reputation for curating incredible, genre-spanning line-ups that include both household names and up-and-coming talent.

Lovebox FESTIVAL 2018 CLOSES ITS GATES AFTER A FANTASTIC, SUNSHINE FILLED WEEKEND AT ITS NEW HOME OF GUNNERSBURY PARK