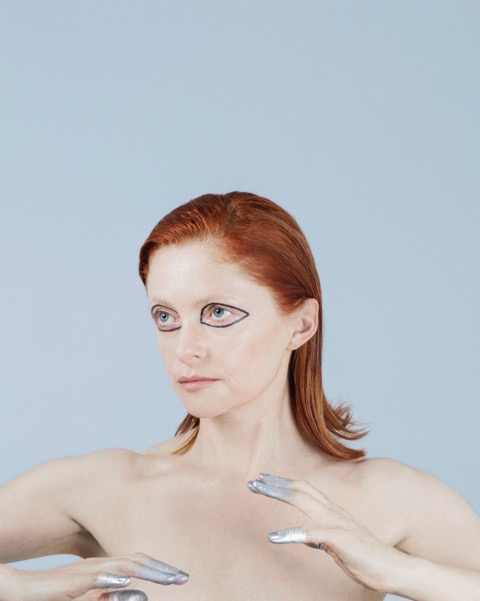 Alison Goldfrapp and Will Gregory have been finding new paths through the forest since their 2000 debut album Felt Mountain, never going the same way twice.

Silver Eye, Goldfrapp’s seventh album, is dance music, which evokes a pagan ritual rather than a club soundtrack. Cold, metallic electronics with a hot current of blood running through them. Cinematic pop music with a twist. A celebration of the thirst for transformation and intense sensation. A 21st century moon dance. It weaves together the two strands of Goldfrapp’s music like never before.

Goldfrapp REVEAL NEW VIDEO FOR ‘EVERYTHING IS NEVER ENOUGH’

Goldfrapp WILL RELEASE ‘SILVER EYE’, THEIR FIRST ALBUM FOR FOUR YEARS, ON MARCH 31ST THROUGH MUTE