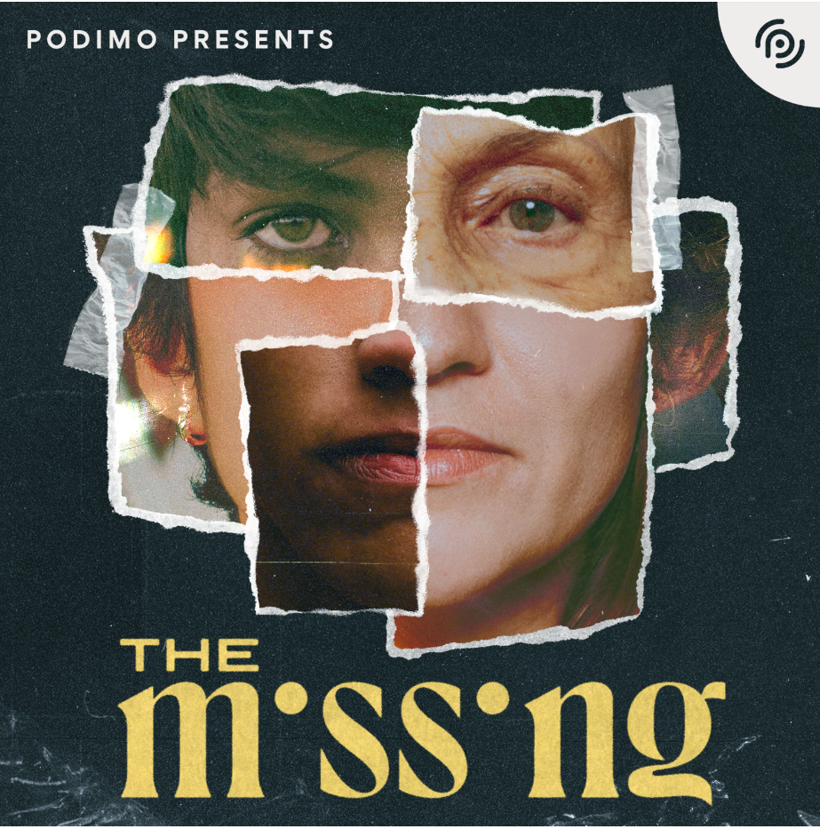 ANNOUNCING ‘THE MISSING’ WITH PANDORA SYKES

WORKING WITH THEIR FAMILIES, NEW PODCAST ‘THE MISSING’ EXAMINES THE CASES OF LONG-TERM MISSING PEOPLE – ASKING FOR HELP FROM LISTENERS

THE PODCAST, PRESENTED BY PODIMO, IS MADE IN COLLABORATION WITH UK CHARITY, MISSING PEOPLE AND COMMUNITY ORGANISATION, LOCATE INTERNATIONAL

THE FIRST EPISODE WILL BE RELEASED ON DECEMBER 14

Listen to the trailer here.

In the UK, a person is reported missing every 90 seconds. While many of these cases find a resolution, 1% will go on to become one of the ‘long-term missing’ – with the cases remaining open indefinitely. Podcast platform Podimo today announce a brand-new podcast titled ‘The Missing’, which endeavours to re-engage public interest in the cases of the long-term missing and encourage those with information to come forward. The first episode will air on December 14 and will be available across all podcast streaming platforms.

‘The Missing’ is hosted by writer, journalist and broadcaster Pandora Sykes and has been created in collaboration with UK charity Missing People and Locate International – a community interest organisation made up of ex-detectives dedicated to helping families of unsolved missing person cases find their loved ones. Each episode explores an unsolved missing person case, featuring interviews with the family and friends closest to the missing individuals. ‘The Missing’ aims to bring new information to light and reach new break-throughs in cases and will be available not only in English but also Spanish, German and Danish, with the intention of reaching as many people as possible.

​“I am thrilled to be the host on the first season of ‘The Missing’. It’s true mystery, with an ethical purpose – to try and find, or at least find out what happened to, the long term missing, of which there are 4,500 cases in the UK alone. I am so grateful to Missing People and Locate International for their support and tireless hard work and Podimo and What’s the Story? Sounds, for allowing me to be a part of the project.”

The first episode of ‘The Missing’ investigates the case of Charles Horvath-Allan, a British man who went missing whilst travelling across Canada in 1989. In the episode, the podcast hears from Charles’ mother Denise and takes listeners across the Atlantic, into British Columbia’s backpacking circuit.

“For more than 30 years I’ve been trying to find out what happened to my son Charles. As the parent of a missing person I’ve learned to deal with setbacks and false hopes; the feeling of not knowing what happened to him is overwhelming. I’m pleased that this podcast series has chosen to include Charles’ case – as one way to find out what happened to him is to keep the conversation going. I’m so grateful that the case is being featured and that the team at Locate International are re-investigating his disappearance. My hope is that by hearing this story, somebody who knows Charles’ fate comes forward with information.”

‘The Missing’ will study the cases of twenty different long-term missing people. A few of the cases explored in the first season include:

ANDREW GOSDEN – On 17th September 2007, 14 year-old Andrew Gosden skipped school and boarded a train from his hometown of Doncaster with a one-way ticket to London. Though numerous appeals have been made over the years, no concrete leads as to his whereabouts have ever emerged. Joining ‘The Missing’, his father Kevin hopes to unearth fresh information about his son’s fate.

ANNE SIMPSON – When the Simpson family waved goodbye to their Grandma Anne one autumn afternoon in 2004, no-one realised it was the last they’d ever see of her. What happened to the charismatic Anne Simpson, who’d recently relocated to a Lincolnshire seaside town to start a new life?

BERNADETTE COOPER – Bernadette Cooper was last heard from in January 1993. Calling a friend from a London pub, she explained she had found the money to save her business – a bar in Spain which had been in dire straits. Since that phone call, no one has heard from Bernadette, and pressing questions remain unanswered. Did she return to Spain? Where did she find the money? And ultimately, what happened to her? In this episode, her nephew Leon reveals his theories as the police conduct a fresh investigation.

CHAD GIBSON – A young father with everything to live for, Chad Gibson went for Christmas drinks one evening in Newquay five years ago and never returned. His mum Sharon joins ‘The Missing’ to recount the events surrounding his disappearance, explaining his case, a reported altercation in a pub, and the theory that Chad may have been killed.

DAMIEN NETTLES – Only 16 years old at time of his disappearance, Damien remains one of the country’s highest profile missing persons. Reported missing following a night out on the Isle of Wight, his Mum Valerie has campaigned for 24 years to try and find answers – amidst rumours of the involvement of a local drug dealer and the possibility he was abducted.

ESRA URYAN – It’ll be ten years in February since thirty-eight year-old mother of one Esra Uryan disappeared from her home in Clondalkin, in Ireland. This episode hears from her sister Berna, in an emotional interview, who talks of the pain of having no answers, but plenty of suspicion. Central to the case is CCTV of Esra’s car being driven. It was later found abandoned… but Berna isn’t so sure that it was Esra who was driving.

FATIMA MOHAMED-ALI – What would you do if a loved one nipped out one morning and never came home? That was the unthinkable situation faced by Mohamed Mohamed-Ali in February 2016, following the disappearance of his wife from their Newhaven home. It’s a case with no definitive explanation, but with new sightings and theories emerging all the time, can ‘The Missing’ help?

KATRICE LEE – On her 2nd birthday, Katrice Lee tragically disappeared from a supermarket in West Germany. Her family have never given up hope, but 40 years on they still lack the answers they so desperately need. Could Katrice could have been abducted and brought up by a different family?

SUZY LAMPLUGH: Arguably one of the most high profile missing women in Britain, the disappearance of estate agent Suzy Lamplugh is revisited by the team at ‘The Missing’. Suzy disappeared in 1986 in broad daylight, and in the middle of a working day, following an appointment with an unidentified man known only as Mr Kipper. Years of police investigation have unearthed numerous clues, but no answers. ‘The Missing’ will explore them all and more – and identify a man the police believe is the prime suspect.

‘The Missing’ is a Podimo podcast series produced by What’s The Story Sounds and made in association with specialists Locate International and Missing People.

About Podimo
Podimo is a European podcast platform that offers personal recommendations for users, while supporting creators through a new revenue share model. Currently live in Denmark, Germany, Spain, and across Latin America, the app features great podcasts from anywhere in the world via RSS feeds, and is free to download and listen with no login required. As a Premium member, users can unlock access to an additional 400+ Podimo-produced and licensed shows that can’t be heard anywhere else, and users’ membership fee is shared directly with the podcast creators they listen to each month.

About Missing People
Missing People is UK charity offering 24-hour specialist support to those who are missing and at risk of being missing, as well and to their friends and relatives. Founded in 1993 by Mary Asprey OBE and Janet Newman OBE, their services include a ‘Runaway Helpline’ for children and young people, a ‘Safe Call’ facility for those facing exploitation, campaigning and lobbying on behalf of missing people’s families, confidential advice and much more.

About Locate International
Locate International is a community interest company dedicated to helping the families of unsolved missing person’s cases. They work closely with Universities, police forces and members of the public, building teams of specialists and volunteers to review cases at no cost to families or the police.