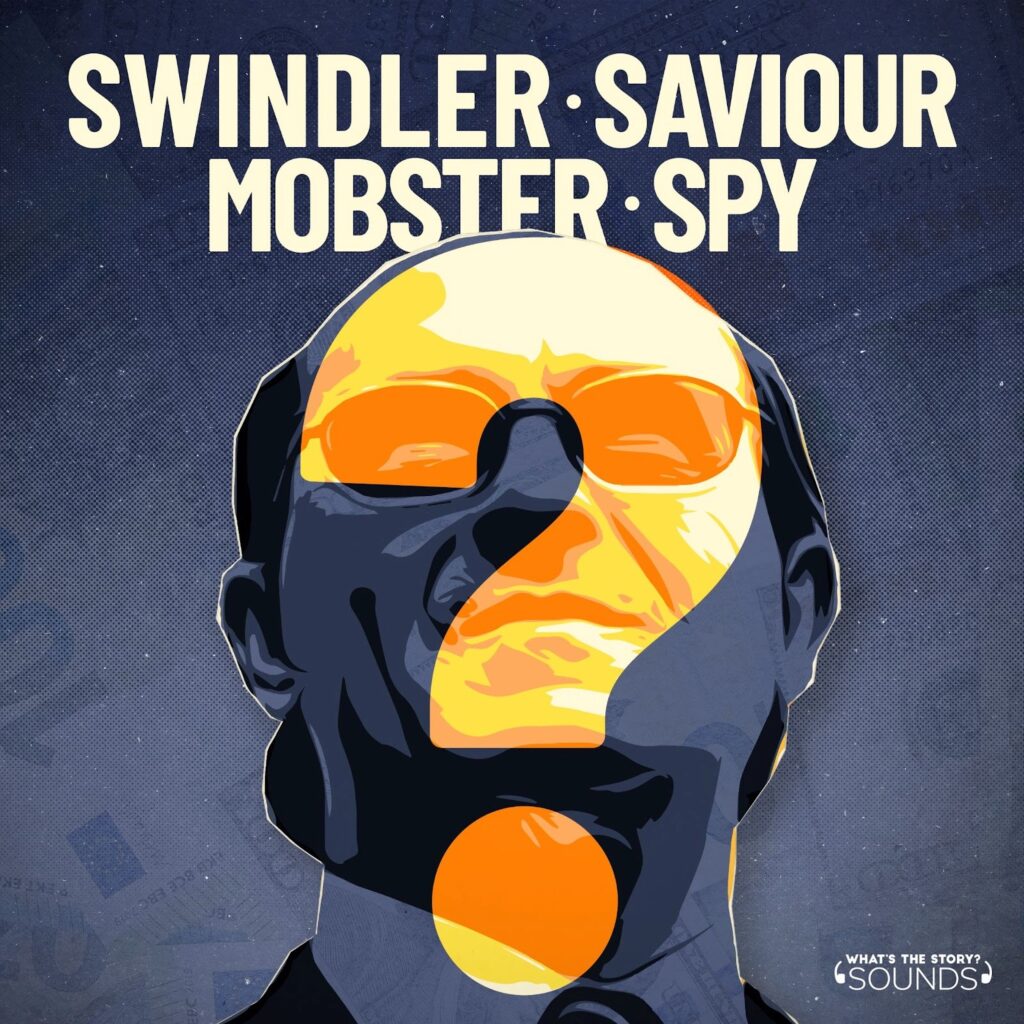 Nicknamed ‘the devil’s advocate’, Giovanni di Stefano has lived a life of many guises – lawyer to despots and warlords, record producer, football club owner and much else besides – but he’s also a convicted fraudster.

Since being convicted of multiple counts of fraud and money laundering in 2013, his son Michael di Stefano has been seeking to uncover the truth about his father’s life. In this brand new series from the makers of hit series ‘Body of Proof’, ‘Emily Atack: Lie Detector’ and ‘The Missing’, he’s joined by journalist Calum McCrae as he tries to separate fact from fiction, armed with a secret hard drive of files entrusted to him ahead of his father’s conviction.

How did a man with no legal qualifications go on to represent figures such as Saddam Hussein and the Serbian warlord Arkan in a court of law? What’s the truth behind his failed takeover bid for MGM studios and supposed role in “discovering” Hollywood icon Brad Pitt? How did a passing interest in football develop into an obsession with club ownership, and the gifting of a club to his son as an eighteenth birthday present? And what of claims he might be a British spy?

Across seven episodes, ‘Swindler. Saviour. Mobster. Spy?’ will seek to answer those questions and more.

Speaking about the new series, Michael di Stefano says: “Ever since I was little I’ve known that there was more to ‘dad’ than met the eye. But finding the truth, and getting the answers hasn’t been easy. It’s only in the course of the last few years that I’ve been able to really dig into the things that have troubled me. And making this podcast has caused me to ask some difficult questions and go to places I didn’t think I would. This is a story of a life a little less ordinary – one I’ve said many times that nobody would believe. And yet – as I’ve discovered – the truth is far more surprising than anything you could make up.”

Journalist and producer Calum McCrae says: “This has been the most challenging project I’ve ever taken on – helping Michael find out the truth about his father. At times I’ve wondered what I was doing, who I was helping, and even whether my life could be in danger. There are many stories which are labeled as being ‘hard to believe’ – but this one – I still struggle to know where the truth ends and the fantasy begins.”

All seven episodes are available now via all streaming platforms.‘Swindler. Saviour. Mobster. Spy?’ is a podcast series produced by What’s The Story? Sounds.

In this first episode – journalist Calum McCrae meets Giovanni’s son Michael – and together they begin a quest to find out the truth about the mysterious Di Stefano. Their journey begins with his most recent chapter – as a notorious lawyer to the likes of Saddam Hussein, Osama Bin Laden, and Harold Shipman.

Did Giovanni REALLY represent them? And what’s he hiding behind his self-proclaimed title of The Devils Advocate?

Where did it all begin for Giovanni? What circumstances could possibly lead to the outrageous path he took?

To find out, Calum visits the small Italian village of Petrella Tifernina in search of clues. Will he find them in the relationship with Giovanni’s mother – the circumstances of his arrival in England – or in a more unlikely destination, wrapped up within the secret service?

Giovanni was a man making up for lost time!

In this episode Calum charts his journey from rural Northamptonshire to the bright lights and celebrity filled streets of Hollywood. What WAS Giovanni doing there? And did he really launch the career of Brad Pitt? This episode deals with some extraordinary claims, and an extraordinary next move – as Giovanni arrives next in Yugoslavia – with big plans, and even bigger friends.

In the midst of a bloody and violent war and supposedly on the run from powerful people, Giovanni calls on some unsavoury characters. What was he really doing in wartime Yugoslavia? Rumours circulate as his son, Michael, recalls joining his dad on a shady jaunt to Belgrade at the age of 17.

It’s the mid 90s and Giovanni is, by now, a budding megalomaniac. He’s becoming a big player on the world stage. All rich and powerful men need a hobby and Giovanni chooses football. But not satisfied with watching on from the terraces, he goes football club shopping, with consistently calamitous results.

Calum and Michael chart his career from Italy, to Scotland – and discover that where Giovanni went – trouble was usually not far behind.

Why has Giovanni done the things he’s done? His son Michael says it may just be his mile-wide ego. Maybe. That could explain the singing and the football. But the extraordinary heights and powerful circles he infiltrates, the fact he’s now a prisoner… to Michael those things are evidence there is something more secretive and sinister going on. Could he actually be a spy?

Giovanni’s long battle for freedom looks to be (almost) over! The future looks bright for Michael and his dad. But before then, way before they walk off into the Italian sunset, there are some difficult questions that need answering. Is Michael’s hero really who he says he is?

ABOUT WHAT’S THE STORY? SOUNDS

Whether it’s an ‘always on’ or a long-form narrative boxset, What’s The Story? Sounds produce compelling, factual and high-production value content. With a mission to always get under the skin of a story.  WTSS work with a range of suppliers – Spotify, Audible, NBCU, Amazon, Podimo, BBC Sounds – while also self-publishing a range of projects they feel particularly passionate about.

Series in their portfolio include: ‘Body of Proof’ which reached #1 in the Audible-UK bestseller chart and #2 in the US; Spotify original, ‘Emily Atack: Lie Detector’ which debuted at #3 in the charts; the exclusive to BBC Sounds show, ‘The Footballers Football Podcast’ and ‘The Missing’, an award-nominated series that has reached over 2.3 million listeners to date.