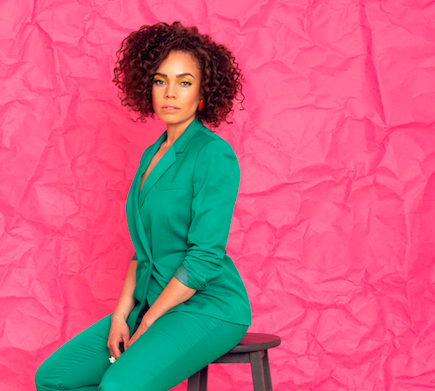 The British singer-songwriter will perform a must-see set at EartH in Hackney on Thursday 21st March where she will play music from her new album plus tracks from her acclaimed back catalogue. Tickets for the show go on sale this Friday at 10am via gigsandtours.com

Andreya today released an acoustic version of lead single ‘WOMAN’ – the first track to be taken from her upcoming new album, ‘Life In Colour’, which is released 22nd February 2019 through Hi-Tea Records/The Orchard. Listen to the single here. The new singles bundle out today, also includes the album track ‘Beautiful People’ which is synced to the FIFA 2019 video game.

‘Life In Colour’ is inspired by womanhood and is a celebration of independence, love and freedom. Comprising a wide-range of musical influences – soul, blues, pop, reggae and jazz – Andreya’s signature rich vocals and heartfelt lyrics are consistent throughout.

Recorded in London and Stockholm, the album is Andreya’s most personal to date, and was written and produced by acclaimed songwriters and producers including Dimitri Tikovï, Bastian Langebaek, and Dee Adam. Available to pre-order now, the album comes in digital, CD and coloured vinyl formats.

Talking about the album, Andreya says: “‘Life in Colour’ is a metaphor for letting go of societal and personal limitations and stepping into my womanhood. Creating a space of creative freedom, the full colour and energy to empower myself. I had a lot of fun making this album, which I think is reflected in the music – it’s definitely my most upbeat album so far! I hope it encourages as many people as possible to be their best selves and to live their ‘Life In Colour'”.

‘Life In Colour’ follows the London-born singer-songwriter’s critically-acclaimed 2010 debut ‘Lost Where I Belong’, which was produced by Bonobo, and her sophomore record ‘Giants’, which came out in 2015.