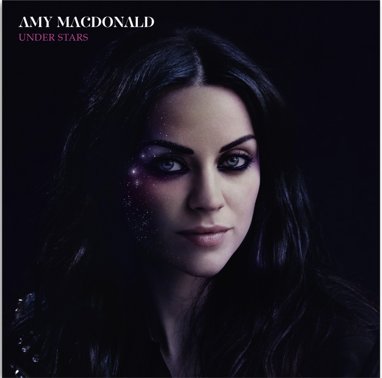 Amy Macdonald’s brand new album ‘Under Stars’ will be released on February 17th 2017 via Virgin/EMI, her first studio album since 2012. Amy has also announced a 13 date UK tour for 2017 including a night at London’s Royal Albert Hall.  Tickets are on sale 10am today at  http://www.amymacdonald.co.uk/

Of the new album, Amy said – “It’s been about 2 and a half years in the making which is the longest I’ve ever taken with an album. At the time I wanted things to happen quicker but now that it’s finished I’m glad we’ve taken the time; it feels like it’s had the TLC that it deserves.”

An acoustic version of one of the brand new album tracks ‘Down By The Water’, recorded live at RAK studio, is available to watch here: https://youtu.be/u0EgveU6yTc#

Still only 29 years old, Amy has released 3 albums and sold over 5 million records worldwide – including 1.5 million here in the UK.

Amy said “I feel so proud of the songs and am so pleased with the record. There are so many incredible moments and I really feel this record features some of my best work. I’m excited to finally share it with my fans and I believe there is so much that will also appeal to new fans.”

4. Down by The Water

Amy also announced her first UK tour in 4 years earlier this week, playing a run of 13 dates opening with Bristol and closing with Aberdeen. The tour will take in cities including Birmingham, Manchester, Dublin and includes London’s Royal Albert Hall.