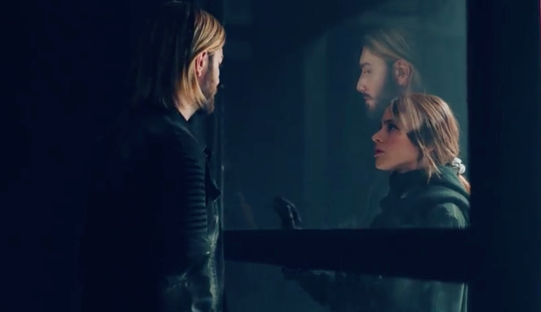 Grammy nominated DJ and Producer Alesso today releases the video for his new single ‘Sad Song’ feat. TINI, which is out now via 10:22pm in association with Shots Studios/Virgin EMI for UK.

The video for the uplifting vocal track about unrequited love – directed by Rudy Mancuso and produced by Shots Studios – sees Alesso, one of the world’s most influential DJs and producers, team up with one of the most exciting rising Latin American stars.

Alesso said of the single: “What I love about this song is that there are different ways to listen to it. You can get lost in the beat because it’s happy, but the lyrics tell a sadder, more emotional story. So, all together, I think it shows that love is complex and you can lose control when you’re in love.”

While TINI says: “I’m so excited for the opportunity to record this song with Alesso. I respect him so much, and it’s been a long-time dream of mine to work with him. I hope everyone loves the song as much as we do!”

The first hour of the mix, is a selection of Alesso’s favourite house and techno with tunes by artists including Canard, Michael Bibi, Fisher and Siege, while the final hour is a mix of classic tracks and old school songs that the Swedish maestro listened to growing up.

The Essential Mix follows the release of Alesso’s new mixtape, ‘Alesso Mixtape – Progresso Volume 1’ – the first in an ongoing series of special track collections released via 10:22pm in association with Shots Studios/Virgin EMI for UK. The three-song mixtape, which is available now, finds the influential artist returning to a more club-inspired sound.

Alesso, one of the world’s most influential DJs and producers who has over three billion streams to his name, will play UK live shows this week giving fans the chance to hear the new music live. Following his epic set at Ultra Music Festival in Miami, the global music star will play shows in London, Liverpool and Glasgow between 20th-22nd June bringing his must-see live experience, with world-renowned electronic music and visuals, to British fans.