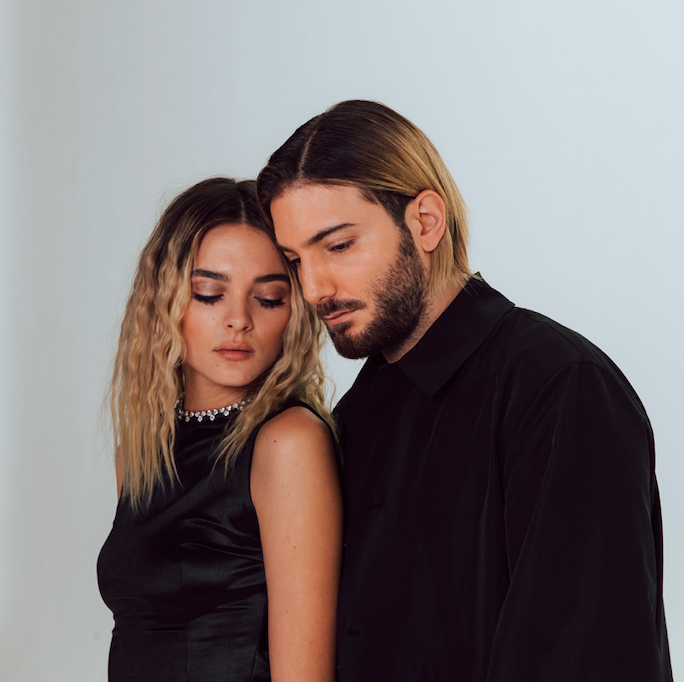 LISTEN TO ‘THE END’ HERE
WATCH THE OFFICIAL VIDEO HERE

Grammy Award-nominated artist Alesso and dark-pop Californian singer and songwriter Charlotte Lawrence have today revealed their brand new single ‘THE END’ out now via 10:22pm, and via EMI Records in the UK. Listen to the single HERE and watch the official video HERE.

The euphoric track was co-written by Alesso, Lawrence, Ali Tamposi and Andrew Watt, and combines Alesso’s slick production with a poignant vocal performance from Lawrence. Both heartfelt and effervescent, ‘THE END’ features Alesso’s polished sound design, once more revealing his pop sensibilities and gift for crafting addictive beats. The song’s narrative, meanwhile, tells the story of a toxic romance captured in Lawrence’s dreamy vocals and powerful lyrics: “Never held my hand so you don’t have to let it go”.

Songwriter and producer Andrew Watt has previously worked with an acclaimed range of artists including Miley Cyrus, Dua Lipa, Post Malone, Cardi B and Lana Del Rey, while Ali Tamposi has worked with James Blake, Kelly Clarkson, Justin Bieber, Camila Cabello and Selena Gomez, amongst others.

‘THE END’ follows Alesso’s powerfully uplifting single ‘Midnight (feat. Liam Payne)’ which was released in April accompanied by a performance videofrom the duo.

ABOUT ALESSO
Alesso is a globally renowned producer and DJ in the dance world. Having garnered nearly four billion streams, the Sweden native has repeatedly proven that his influence transcends boundaries and crosses over into many other genres — to that end, he’s collaborated with such eclectic artists as OneRepublic’s Ryan Tedder, Calvin Harris, Tove Lo, Liam Payne, Swedish House Mafia’s Sebastian Ingrosso, Hailee Steinfeld, Florida Georgia Line, Anitta, and more. In the UK, Alesso boasts 4 Top 10 singles – ‘Heroes (We Could Be)’ ft Tove Lo, ‘Cool’, OneRepublic collaboration ‘If I Lose Myself’ and his UK #1 single with Calvin Harris – ‘Under Control’ ft Hurts. Last year, Alesso played a series of sold out headline shows across the UK with dates in London, Liverpool and Glasgow. Alesso has performed at international festivals all over the world including Tomorrowland, Ultra Music Festival, and Electric Daisy Carnival.

ABOUT CHARLOTTE LAWRENCE
Hailed by Billboard for her “haunting take on pop rock,” Atlantic recording artist Charlotte Lawrence has quickly proven to be a milestone artist, fusing deeply personal lyrics with larger-than-life melodies and epic choruses to create a remarkable, multi-faceted musical vision all her own. The Los Angeles-based singer-songwriter first earned critical acclaim – and millions of worldwide streams – for such breakthrough hits as ‘Just The Same’ and ‘Sleep Talking’, prompting applause from outlets spanning W, i-D, V Magazine, CLASH, Ones To Watch, The Line of Best Fit and many more. A wide array of original music followed, including 2018’s breakthrough debut EP, YOUNG, and an extraordinary string of releases like ‘Why Do You Love Me’, ‘Navy Blue’, ‘God Must Be Doing Cocaine’, and ‘Joke’s On You’, the latter featured on BIRDS OF PREY: THE ALBUM, Atlantic’s star-studded musical companion to Warner Bros. Pictures’ blockbuster Birds Of Prey (And The Fantabulous Emancipation Of One Harley Quinn). Having firmly established herself as “a definitive force in the realm of pop,” according to Ones To Watch, Lawrence has spent recent months hard at work in the studio, pushing her innovative blend of dark pop aesthetics with alternative rock energy even further into the extraordinary unknown. Charlotte’s most recent single ‘Slow Motion’, which V Magazine praised for “taking her sound to higher grounds,” offers a glimpse of what’s to come on her forthcoming EP, set for release early next year.