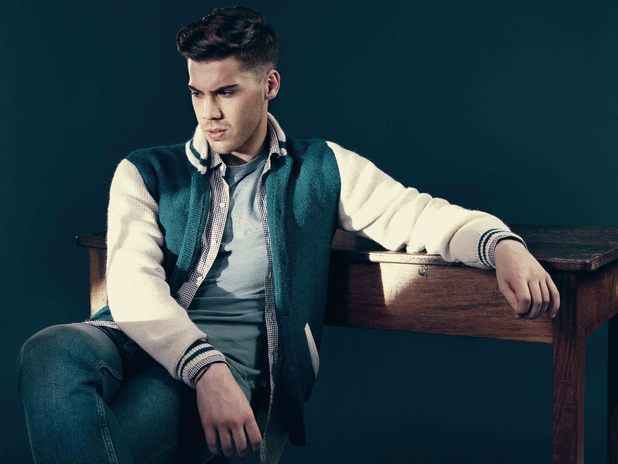 HIS DEBUT ALBUM ‘MISTY EYE’ FOLLOWS ON AUGUST 20, THROUGH RCA RECORDS. HE WILL TOUR THE UK IN SEPTEMBER

“A cohesive and rewarding set, that delicately balances the radio friendly with the introverted” – Notion

“We’re serious about our love of fine quality pop music and when Aiden’s anthemic debut hit our in-boxes a month or so back, we were smitten.” – The Line of Best Fit

“‘Is This Love’ is an expertly-produced, soaring dance-pop juggernaut backed by pounding beats and hefty, sparkling synths. A definite and defiant move away from the slow and sombre mix of covers we heard from Aiden on X Factor, ‘Is This Love’ will be filling dance floors (and teenage girls’ bedrooms) across the world.” – The Fly, Track of the Day

Aiden Grimshaw releases his incredible debut album ‘Misty Eye’ through RCA records on August 20. It is preceded by the single ‘Curtain Call’ on August 12.

Misty Eye is a breath taking album, the result of two years of writing and recording following Aiden’s appearance on The X Factor in 2010. Aiden said of his time on the show: “I didn’t really know what I wanted from it. I love music, and I knew I could sing, but I didn’t think I was X Factor material. I’d been given this opportunity and I didn’t want to waste it. But I had no idea what sort of music was really me. Everyone else had their own ideas, but all I knew was what I didn’t want.”

After the X Factor, and a period of writing songs and testing them out on his friends in Blackpool, Aiden got signed to RCA and moved to London, subsequently hooking up with producer/engineer Jarrad Rogers (Lana Del Rey, Tinchy Stryder).

Aiden was totally focused. He played piano, banged on beer bottles for percussion, and all of the vocals – including the choir on the anthemic single Curtain Call – are his save for one female backing. It all felt very natural, he says. “It never got hard, it wasn’t stressful. It never really felt like work.”

Misty Eye is full of heartfelt lyrics about those universal experiences: love and loss. Aiden describes the underlying theme of the album: “It’s that life is worth living, but love is worth everything”.

It was important to Aiden that he write the album himself, using experiences from his own life to inform the lyrics – with the emotion behind each track almost tangible.  In it, you’ll hear the music he was listening to while making it: everyone from Katy B to Moby, Ian Brown, Damien Rice and DJ Fresh. But mainly what you’ll hear is Aiden finally being himself, with those extraordinary vocals soaring over banging beats or sharing more delicate, thoughtful moments, in a debut that pushes him firmly into leftfield pop territory. He has been receiving critical acclaim from the likes of Nylon and The BEAT along the way. As well as Aiden’s original material, the album also includes a cover of the Sia song ‘Breathe Me’.

Aiden will embark on his first ever UK headline tour this September. Full tour dates below: