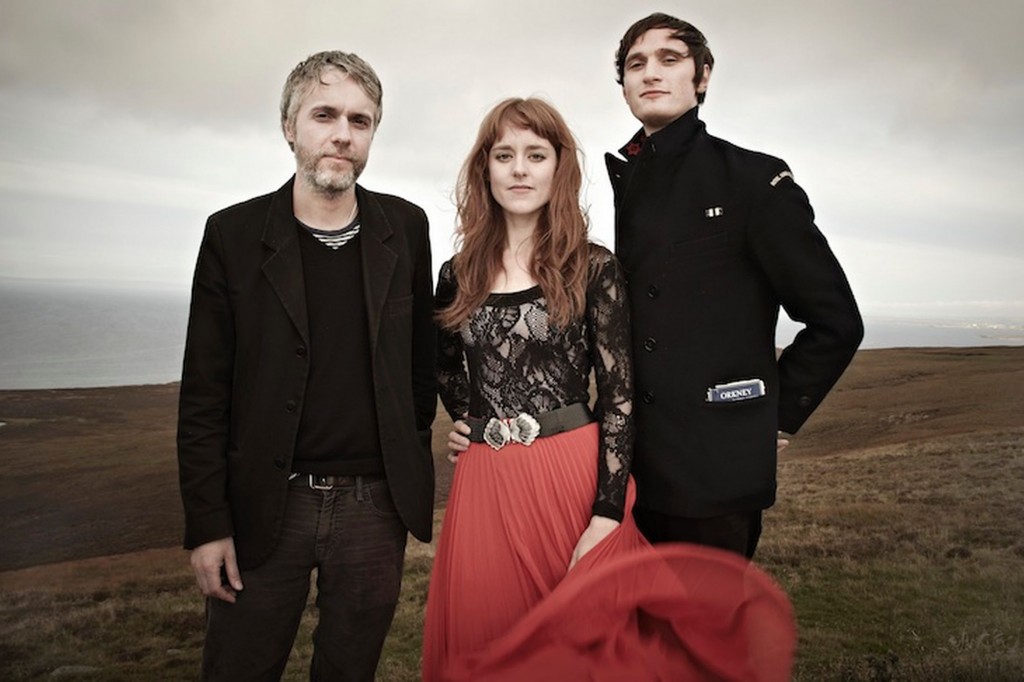 THE MAGNETIC NORTH WILL RELEASE A NEW VERSION OF THEIR DEBUT ALBUM ‘ORKNEY: SYMPHONY OF THE MAGNETIC NORTH’ ON JUNE 24TH WHICH WILL INCLUDE THEIR FILM ‘HUNTING FOR REMOTENESS’ & BONUS TRACK ‘HOY SOUND’.

TO CELEBRATE THIS RE-ISSUE, THE BAND WILL PERFORM AT THE ISLINGTON ASSEMBLY HALL ON JUNE 24TH WHERE, AS PART OF A VERY SPECIAL EVENING, THEY WILL SCREEN THEIR FILM PRIOR TO THEIR PERFORMANCE.

‘Something close to mesmerising’ Clash 8/10

The Magnetic North will re-issue their debut album ‘Orkney: Symphony of the Magnetic North’ on June 24th. The re-issue will include their film ‘Hunting For Remoteness’ and a brand new bonus track entitled ‘Hoy Sound’.

On the same day as the album is released the band will also be playing a very special show at The Islington Assembly Hall which will include a screening of their debut film ‘Hunting for Remoteness’. The band will be accompanied for the performance with strings and a brass section as well as a choir.

“Hunting For Remoteness” captures The Magnetic North’s visit to Orkney as they experience the breathtaking sights & sounds that inspired & shaped their debut album ‘Orkney: Symphony Of The Magnetic North’. We meet many of the colourful characters that inhabit these magical islands and hear their stories. The title of the film is a quote from an islander describing the draw of Orkney for those born there, those who have moved there and for the many thousands of tourists who visit every year. The film is more than a documentary it’s an exploration of how music is inspired and created, it’s a journey into people’s lives and the history of the Orkney Islands.

New single ‘Hi-Life’ is released on June 24th, and will include a remix of album track ‘Bay of Skaill’ by Kid Harpoon who recently won an Ivor Novello with Florence Welch and was nominated for the Mercury Prize with Jessie Ware.  White Label’s remix of ‘Hi Life’ completes the single package.  A new video for ‘Hi Life’ will be available soon.

The Magnetic North formed in 2011 with Erland Cooper (Erland &The Carnival), Simon Tong (The Verve, Gorillaz) and Hannah Peel (Broken Wave, Nailhouse EP) joining forces to create an album that Erland was told to make in a dream. In this dream Erland was approached and told to write an album about his homelands by Betty Corrigall – an Orkney Island girl who in the 1770’s killed herself having been outcast by her village after becoming pregnant by a visiting sailor.